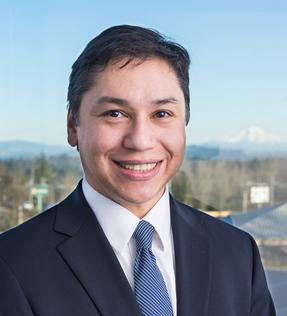 Flavio A. (Alex) Ortiz has practiced as a civil defense attorney for over 10 years. He is licensed in Oregon and Washington and practices in both state and federal courts. He has handled trial and appellate cases in both states and has argued before the Oregon Supreme Court. He brings a strong analytical approach to his practice, and enjoys the opportunity to advocate for his client's positions by using research and practical reasoning. He was selected as an Oregon Rising Star in 2015, 2016, and 2017 by Super Lawyers.

Alex is a lifelong resident of Oregon, where his parents' migrant worker families settled in the 1960s. He lives in Portland with his wife and three daughters, with whom he enjoys playing games and listening to music.  He is a member and active supporter of the Oregon Hispanic Bar Association.