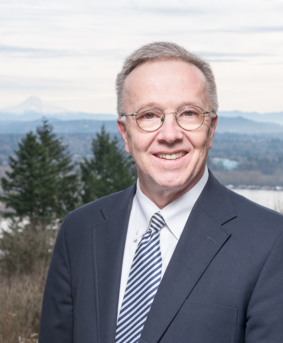 Marty Rall has been a civil defense trial lawyer for over 30 years.  He has tried, arbitrated and mediated hundreds of cases in state and federal courts in both Oregon and Washington. Before entering private practice, Marty was a deputy district attorney. He enjoys the challenge of trial work and the opportunity to lay out his cases in an organized and concise manner for the jury's consideration.

Marty has extensive experience defending a variety of cases for insurance carriers and their insureds.  These include construction defect, fire loss, cargo damage, timber trespass, landlord/tenant, sexual discrimination, land use, wrongful death, personal injury, and various other commercial losses and first party insurance coverage matters, bad faith and excess claims.  He has also defended claims against design professionals, real estate developers and managers, construction managers and insurance brokers.  He handles cases in Oregon and Washington trial and appellate courts and has an active trial practice in both states.  He is AV rated by Martindale-Hubbell.

Marty is a native of Seattle, with strong ties to Oregon dating back to his childhood summers on the Oregon coast with his 7 brothers and sisters. Outside of work, he enjoys the outdoors, running, yardwork, and visiting the coast with his wife and two daughters.